Don't take my word for it. Read testimonials from students and colleagues who have gone on to lead university programs, sing at the Metropolitan Opera, found startups, become CEOs, brand international corporations, and sing in prog-rock bands. 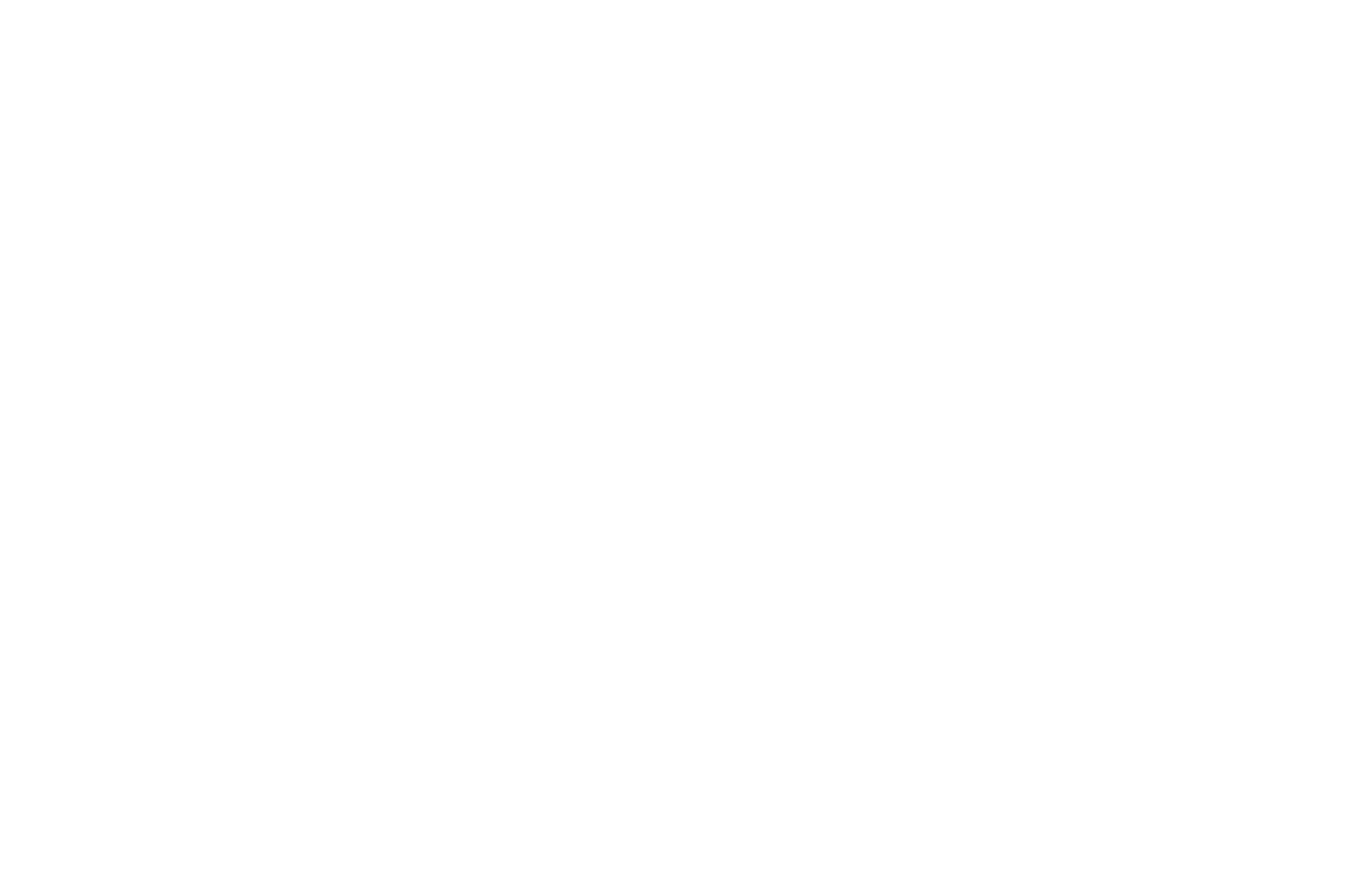 ‍“Working with Edward since 2006, I have found him to be an inventive, creative, out-of-the-box thinker. Edward is imbued with a servant’s heart. His sense of humor and flexible nature makes him supremely easy to work with. It has been a true lifetime pleasure to work with Edward.”

Oliver J. Booker
CEO, Advantage Behavioral Health Systems
“He provides clear instruction, gives feedback in a positive manner, and relates to his singers on a personal level, all in a very natural way.  I found it very easy and rewarding to sing under Edward's leadership.”

Stephen Enz
‍Recording Studio Session Singer
“Edward is a fine scholar; he possesses a fine vocal technique, musicality and communicative skills on a very high level. I give him my highest praise.”

Brandon Pafford
Piano Instructor, Houston's First School of Fine Arts
“I have rarely met anyone who combines talent, intelligence, determination, and personal integrity to such a high degree. Edward is an unusually gifted musician, but even more impressive, he can teach others what he knows. He is analytical, and his communication skills are both strong and creative. He never stops learning and is interested in almost everything. He has studied and put to use game theory and web development in addition to organ and voice. His knowledge of culture, history, science, and world affairs is far broader and deeper than the average person’s.”

Damaris Zehner
‍‍Student
‍“Edward Atkinson creates an energized and positive environment in the voice studio. He is a joy to work with as a teacher, conductor, and musician.”

Dr. Ashley Stone
Voice Professor
‍“In the 25 years that I’ve taken private lessons as a student, graduate student, and eventually professional musician, I’ve never met anyone who has helped me grow in such a brief amount of time as Edward.  Edward is not only an incredible singer, but an incredibly knowledgeable and aware singer, with a great voice, but an even greater understanding of the craft and technique of singing and performing well.  His commitment to lead through inspiration instead of through demands, guilt, and shame makes every lesson a joy, and I leave each lesson feeling the best I feel all week.  He has helped me discover my voice, and to discover myself in the process.”

Dr. Elise Anderson
‍‍Performer, Voice Instructor
‍“Without reservation of any kind I give this terrific tenor my highest recommendation.”

Carol Vaness
Metropolitan Opera Artist, Professor of Voice, Jacobs School of Music
‍“I have had the pleasure to work with Edward as Artistic Director with Lawrence Opera Works in the summer of 2012. I can say that it was refreshing to work with an individual that came with so much enthusiasm and eager to work. Not only does he have a passion for the art form, but is also able to motivate others to feel this passion and can conduct others in any scale of musical work.”

Hugo Vera
‍Metropolitan Opera Artist, Artist Director, Lawrence Opera Works
‍“Edward does an excellent job of creating a friendly, intimidation free environment. As a beginner, I was very grateful for his patience and attention to detail. His extensive experience and knowledge of multiple teaching methods was vital in helping me through the common sticking points of a beginning singer.  Whether you are a beginner like me or more advanced vocalist, Edward will get you to the next level.”

Ian Rabensteine
‍Student
‍“He is very welcoming to all who seek an interest in singing.”

Allison McGow
Colleague
‍“It is with great pleasure that I recommend Edward Atkinson. Edward is an excellent musician.”

Jane Dutton
Metropolitan Opera Artist, Associate Professor of Music, Jacobs School of Music
‍“Edward has a beautiful tenor voice. His musical skills are impressive as well as his ability to connect dramatically with text. As a colleague, Edward is hard working, generous, and outgoing and he is well liked and respected by his peers as well as others with whom he works. I am happy to give Edward my enthusiastic recommendation as a singer, as a musician, as a teacher, and as a human being.”

Patricia Havranek
‍Associate Professor of Music, Jacobs School of Music
‍“Edward is a delight to work with.”

Rebecca Penny
Student
“I have known Edward for the last 4 years and have had numerous occasions to work with him, both as a singer and as a music director. Every rehearsal is run decisively and well-organized, while also being an enjoyable time for all singers. I have always been impressed with Edward's leadership qualities and stellar ears. He is able to hear into the choir to pinpoint errors and comment on them in an expedient and kind manner. Each time I have worked with him, he has moved the group to musical excellence through vocal health (which he also comments on because of his own vocal study). As a singer, I greatly appreciate directors who know the voice and how to move a group as a unit to a higher goal without compromising the voice.”

Dr. Courtney Jameson
‍‍Performer, Voice Instructor
‍“What truly sets him apart from others with similar qualifications is his very genuine and optimistic demeanor.”

Jane Abel
Music Teacher
‍“His thoughts were always intuitive, accurate, and courteously offered. He is at all times respectful, but still able to cut to the core and make his point. As a teacher, he was superior. I found that he organized his time well, prepared for the lesson intelligently, and reacted to unexpected developments with the student easily and skillfully. He is just so intelligent and experienced that he can make changes quickly, with no trace of frustration or fluster. He is able to demonstrate, accompany, inspire, explain, and effect change in any number of ways. Edward is intelligent, well-read, broadly interested and broadly talented. He is kind and honest, dependable, and has great instincts. I am more than comfortable recommending him for any position and eagerly await the art he will create and mentor in the world.”

Dr. Brian Horne
Associate Professor of Voice, Jacobs School of Music
‍“Edward Atkinson is an outstanding individual with immense maturity, capability, and intelligence. When you look at his background and hear him, there is no doubt of his talent as a singer and accomplished musician, but I'm recommending highly as a teacher and colleague as well. Edward and I met when we sang in Indiana University's Opera and Theater Production of The Last Savage. We were title roles playing romantic partners and I could not ask for a more respectable and professional colleague. Edward was always prepared, always brought positive energy into the rehearsal, and always had a kind word to say to everyone. That's just who he is. He has a sense of humor, a strong work ethic, he's respectable and likeable. I have also seen Edward in action as a teacher. During his graduate assistantship of teaching, I was the accompanist for some of his students. His own great singing is no accident, for in his teaching I witnessed a good deal of technical awareness that he communicated to his students with expertise and flexibility when tailoring to the individual's needs. His musicianship was also inspirational to the students and he helped them to realize their goals effectively. By the time each semester was over, they were improved and loved singing even more! All thanks to Edward. I would say that whoever ends up working with Edward is lucky, but it's more than that. Whoever ends up working with Edward, colleague or student, is changed. They are changed as people for the better.”

Summer Aebker
Lecturer of Voice, Ohio Northern University
“It gives me great pleasure to sing the praises of Edward Atkinson. I had the opportunity to sing with him on a few different music projects and jumped at the chance to sing under his musical direction. As one who loves singing sacred music, participating in his Lesson & Carols concert was an incredible experience for me. I admired that Edward brought together singers with different vocal strengths and immediately made us an ensemble with his incredible ear and leadership. Edward is kind, considerate, and patient at all times. We had a limited amount of rehearsal time and he showed great composure under pressure. He led each rehearsal with focus and direction while still encouraging camaraderie. He brought a joy and energy into each session, and it was clear how much the music meant to him. Edward focused his efforts on building us up during the rehearsal, performance, and recording processes. He was positive while still demanding musical excellence from the ensemble.”